Restoring that what shouldn’t last

replacing the part that once joined

END_OF_DOCUMENT_TOKEN_TO_BE_REPLACED

The wing moved and we

END_OF_DOCUMENT_TOKEN_TO_BE_REPLACED

Out of a seedbed in nature’s bosom

a youngling feels that it is all one

till he can’t reach for that what is higher

END_OF_DOCUMENT_TOKEN_TO_BE_REPLACED

A lone house, when I turn the corner

is it a stranger that I will meet?

Or will It be me?

END_OF_DOCUMENT_TOKEN_TO_BE_REPLACED

Memories that are forgotten

at the end of a long way

down where you never stop

and the sun sets time

END_OF_DOCUMENT_TOKEN_TO_BE_REPLACED 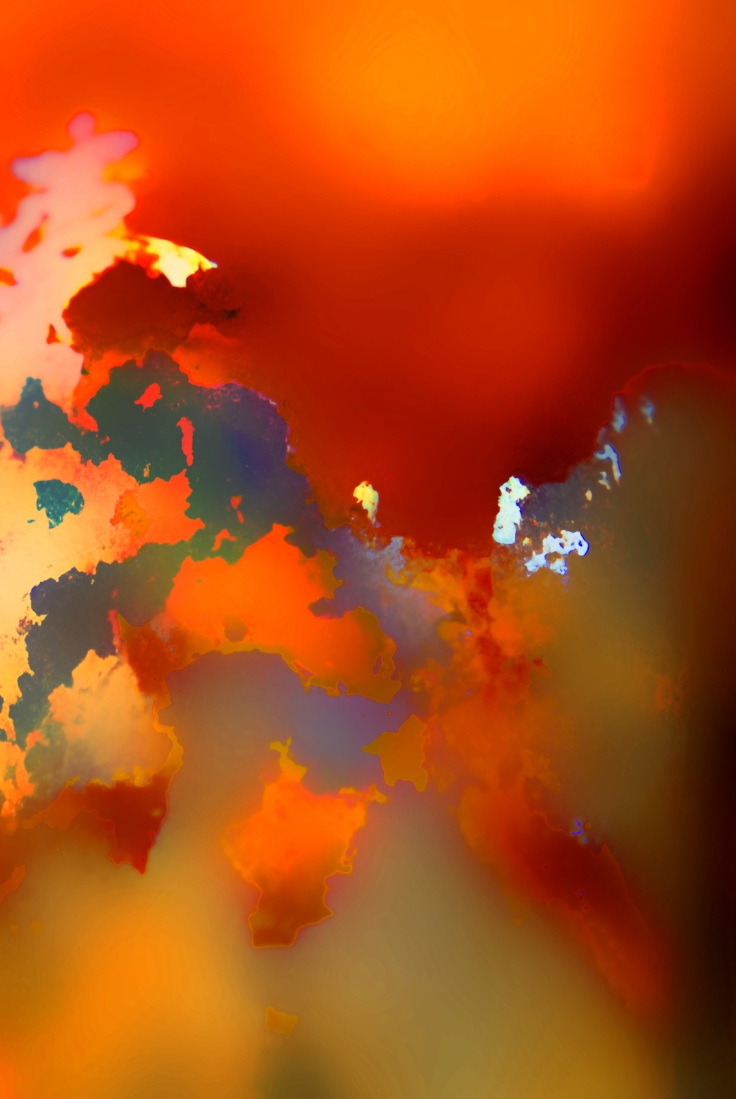 This is a picture of a rusty pipe. With some adjustments it looks cool, if I may say so. Like colorful lava floating around, breaking away…Yesterday I wrote about America and the innocent lives that got destroyed because of an unnecessary war. I wondered, in that story, how people could live in a country like that. Someone asked me what I would do…Well, I live In Norway, I moved here from the Netherlands about 10 years ago. There are several reasons why I chose for Norway and to move away from Holland, but the reason that I left is complicated. It all started (well most of it) when I came back from Cambodia, where I worked as a Dutch* Marine. Working in a country where the people had nothing besides a bamboo hut and a hole in the ground to cook on, and then coming back to a country where even the poorest have all the basics checked, and hear everybody complain, and complain… And it was not a money thing, poor vs rich or injustice. It was the lack of perspective. The problems we have in a rich country like Holland are not real problems. If everybody in the world has a meal, a school education and something to live for, then we “can sweat the small stuff”. It is difficult to describe what I felt but its like that naked king story and no one says something about it. I didn’t understand how we could live our lives knowing that the world was broken. I didn’t understand why not everybody was talking about that. And I studied it, and started to learn why it is, but knowing reasons for it didn’t take away the unrest I had.  I didn’t belong there any more, there was a black hole in front of me where there should be a future. I sometimes jokingly say that I am a political refugee, and if you extend the fear of bodily harm to mental harm that society inflicts on you because of your ideas, then there is some truth in that joke. I moved to Norway because that was something I talked about for years. I restore wooden boats, my nearest neighbor lives 2 kilometers away and the best thing is that I am a guest here, and if you are someone’s guest you don’t complain about their way’s, well not too much, I’m still Dutch.

*I am Dutch, and I live in the Netherlands or Holland, but historically Holland is the name of the two provinces in the western part: Noord-Holland and Zuid-Holland. As a Dutch-man we mix those two but officially it is: I live in the Netherlands. As a Dutch-man we can also say: Ik spreek Nederlands (I speak Netherlands), or ik spreek Hollands (I speak Hollands), but a foreigner can only say: I speak Dutch. To make it more complicated: if you speak Dutch you can also say that you speak Belgium, or Flemish, that’s what the people in Belgium do when they get asked what languish they speak, some might even say that they speak Dutch.   I don’t know why it is so complicated, if you know an other country that is similar I would like to know.