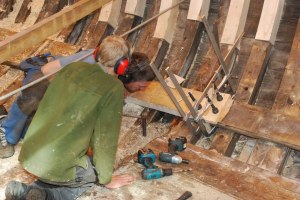 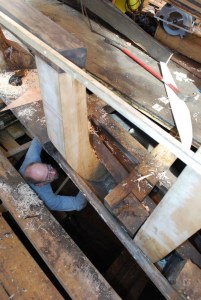 This is one of the last “rekkestøtte” we shifted and while doing Peter discovered a rib that was not so fresh any more so he is preparing her to take it out. 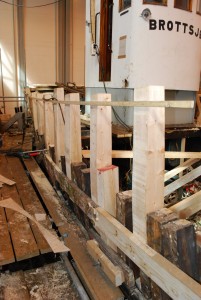 Almost all of the “rekkestøtte” are changed, here you see the new one’s standing on the starboard side. Brottsjø is very well maintained during it’s life but because of the construction where the rekkestøtte go “in” the deck it is hard to keep them water tight. Water leaks in when heavy fishing nets are pulled over the side or when the boat hits the pier to hard. 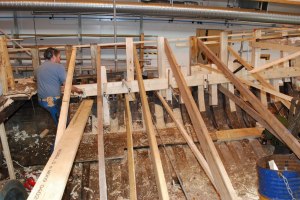 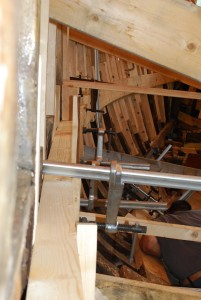 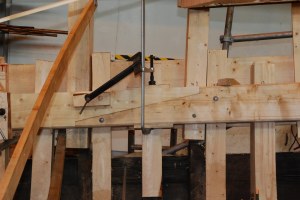 And here you see the connection, at the same place as the original and with the same dimensions. 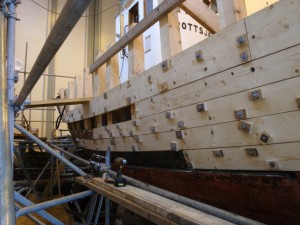 Almost all the planks are mounted now. We had a problem with the quality of the nails we got a few weeks ago so till we get new one’s we use long screws to mount the planks. 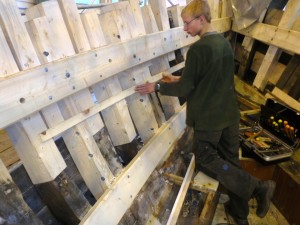 In the meantime Martin is working on the inside of the boat, here he’s planing the ribs so the planks on the inside will fit evenly over all the ribs, he’s using his eyes to see if the line goes “fluently” 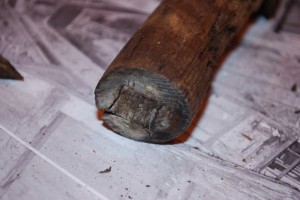 It’s also time to start making the pegs and hammer them in there places. 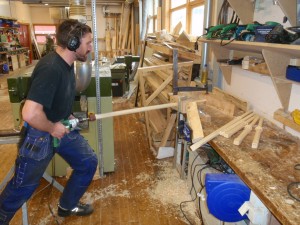 Joost has made a special tool to make the pegs itself. Her he’s adjusting it. 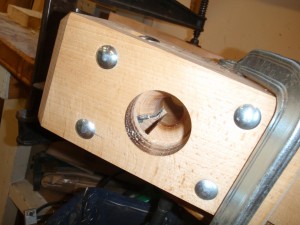 Part of being a good boat builder is making your own tools, Joost made sure that this tool will last. 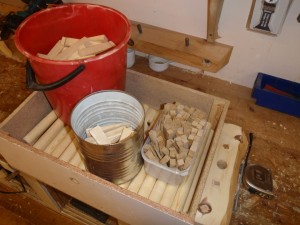 Here are some of the pegs ready. The pegs are made of pine and not of spruce like most of the boat. The little widget on the outside are from oak and the flat ones on the inside are from pine again.