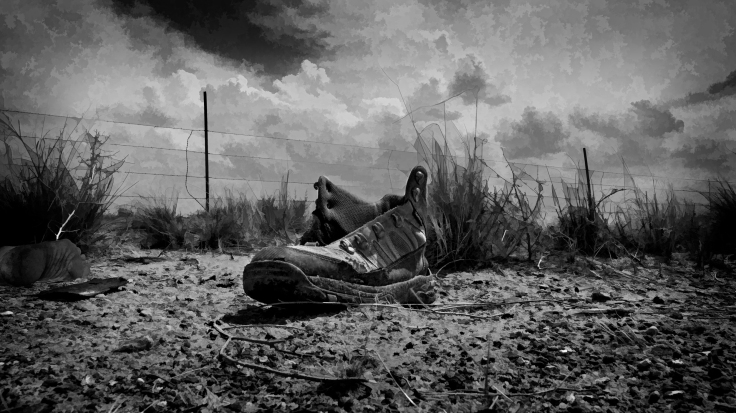 I wanted to no more about civilian casualties of war, or Collateral damage. While doing research on the internet I came upon this site from the Watson Institute. The article goes about civilian casualties in wars that America started. They did research that shows that “The wars in Iraq, Afghanistan, and Pakistan have taken a tremendous human toll on those countries. As of March 2015, approximately 210,000 civilians have died violent deaths as a result of the wars.” There are other numbers to, if you search for Casualties of the Iraq War you will find among others this wiki page that reads: “Official estimates of Iraq War casualties range from 110,000 to 460,000. Other estimates, such as the 2006 Lancet study, and the 2007 Opinion Research Business survey, put the numbers as high as 650,000 and 1.2 million respectively”. If even big institutes and universities can’t make up their mind with all their available resources than I, sitting behind my computer, will of course never find out the truth. But if you assume it is the lowest number, and only for the war that America started in Iraq in 2003, than 110,000-civilian’s casualties are still a lot.

Maybe I am crazy, but I immediately see in front of me a dull meeting room. In this room there is some bad lightning, lukewarm coffee and numbers scribbled on a board. There are a couple of people sitting at a big table, It looks like all middle-aged white man. They discuss the tolerated number of casualties of the war they are about to start. They sit there all smug. Probably thinking in themselves: “look at me, sitting here at the big table, making big decision, I am so serious, I am so important…wonder what’s for dinner tonight”. But it’s true, there was a table like that, in a room like that, with just a few old, probably fat and white, guys deciding over the willful killing of thousands of civilians, and every war kills civilians. They might claim it’s the state that goes to war, and they are just the tools that do it, but…

Picture this: try to see everybody naked in a big field. Naked we are all the same, without all the bells and whistles you will never know if that person is a hairdresser, a plumber or a congressman. We are all the same in that imaginary naked world but for some reason these fat white men started pointing at some people by a tree with a comfortable couch. The fat men give the order to kill them, they want the couch. These followers do that and… some bystanders get also killed. If you take away all the bells and whistles you end up with this picture. Collateral damage is what they call it, but at the end that is not what it is, It’s just a bunch of people that wanted something no matter the cost they, don’t care that some bystanders might die. Observing a group of naked people doing this ritual would surely make you wonder, put them some cloth on and call them president and general and it suddenly makes more sense…sadly, now it fits in a whole familiar narrative.

Every person that died in such an unjust war is murdered.

I’m not against war, if in the imaginary field full of naked people someone start beating his neighbor to death and you send your strongest friend there to stop him, first with words off course, and he accidentally hit the murderers younger brother that was standing to close. You might cal it collateral damage where an innocent bystander got hit, but there was a good cause. (I know, where do you draw the line, but morals without a line are no morals, passivism is no solution) It is generally agreed on that the Iraq war was not necessary and if there was a stronger power than America we would have seen some self-righteous American statesmen on the stand in Den Haag. Every person that died in such an unjust war is murdered. Nietzsche has this idea that morals get their value from the powerful, and he is right in that, America is not punished for the murder of more than 100,000 innocent bystanders because they are the most powerful country and can make the rules. Most Americans still go to bed without thinking about that, they just don’t seem to care. Would you stay in a country that murdered 100,000 man, woman and children?

If the Nuremberg laws were applied, then every post-war American president would have been hanged. Noam Chomsky
I struggle with these things, I like America, my fiancé is from America, I’ve been there several times, I wouldn’t mind living there for a while, I like going to the zoo. Its a beautiful country. Hollywood has softened my critical mind. The “idea of America” is almost always influenced by the media at large. Movies, comedy shows, news and so on. They all paint a picture, positive or negative, but they paint it. America is a big country, friendly people, racism, hamburgers, religious, funny presidents, ridiculous wealthy people, red

necks, new Yorker’s, guns, American dream, poverty, and off course their wars. And If you slightly lift the Hollywood vail in front of your critical mind, you also see that Americans are not really interested in the rest of the world, I see this fake “Hollywood America” that is as narcissistic, nihilistic and schizophrenic as can be, but also has an air of innocence and naivete over itself. That’s how I see America, and that is a different picture than I have of a Hitler-Germany, a Stalin-USSR or a Mao-China, but they have something in common. They all rationalize their murderers rule over there subjects. And yes, I think we are all, the whole world, subjects of America. They have by far the most powerful military and culture in the world. They can pollute what they want, bully other countries, and start wars when they see fit. That kind of power corrupts and they are masters in rationalizing it.  In 500 years, when their power and culture is no longer dominant, they will write about America in the 21st century in a similar way as we now write about Genghis Khan or the Conquistadors. We write about these murderer’s figures and groups, there adventures and complement it with some hard facts about them, including a list of there wars and casualties. That’s it, in 500 years America will be reduced to some anecdotes in a corner of a history book, and a list next to it of all the peoples it murdered.

I know (of) a lot of good Americans but I don’t think it matters when the current is so strong against them, they will also be judged by time an get lost…maybe we all are.

“What I relate is the history of the next two centuries. I describe what is coming, what can no longer come differently: the advent of nihilism. . . . For some time now our whole European culture has been moving as toward a catastrophe, with a tortured tension that is growing from decade to decade: restlessly, violently, headlong, like a river that wants to reach the end. . . .” Friedrich Nietzsche

“Nihilism is a natural consequence of a culture (or civilization) ruled and regulated by categories that mask manipulation, mastery and domination of peoples and nature.” Cornel West